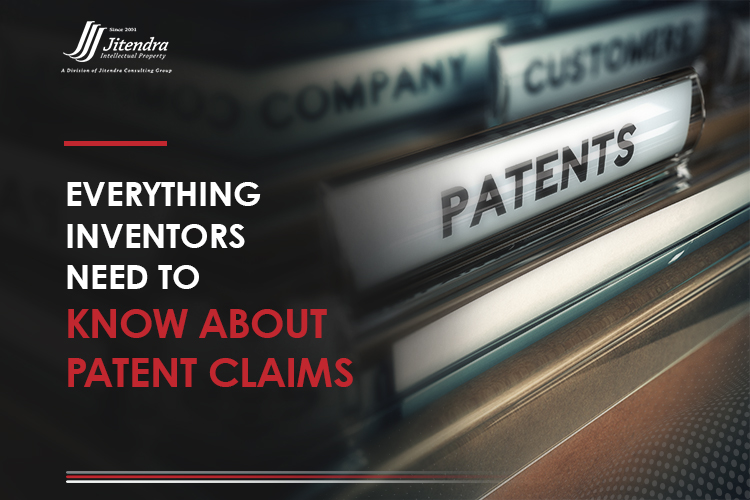 Everything Inventors Need to Know About Patent Claims

The claims describe what the patent cover and what it doesn’t cover. It means the patentee can exclude others from making using or selling only those things described in the patent claims. Furthermore, understanding the claims is essential to determine whether a product or process in question infringes the patent. Failing to properly draft a Patent Claim may even lead to rejection of the patent grant. Keep reading to understand everything you must know about patent claims:

Position of a Claim in a Patent Draft

You can locate the Patent Claims at the end of the patent draft. It comes immediately after the written description (specification) of the invention. The Claims are usually written as separately numbered paragraphs in a single-sentence format. The first claim of a patent is always numbered 1 and each claim follows an ascending numerical sequence.

How Many Claims Should a Patent Have?

Most inventors include about 10 to 20 claims as a patent with more number of claims is likely to withstand challenges in an adverse situation. However, you can also file a patent with only one claim as well. Consult with patent agents in the UAE to determine how many claims your patent should have.

What are the Parts of a Patent Claim?

A patent claim is typically made of three integral elements: a preamble, the transitional phrase (or word), and the body. Patent agents in the UAE can help inventors draft, read and understand each of these parts. Now let us analyse each constituent part of a claim individually:

The phrase “comprising” is an open-ended phrase that simply conveys the meaning of “including the following elements but not excluding others.” In contrast, “consisting of” is a closed term that implies a more specific and narrower claim. Consult with patent agents in the UAE to effectively draft transitional phrases or words in a patent claim.

Essential Functions of a Patent Claim

The Patent Claim disseminates information to the public about the invention you seek to protect. Most IP experts, regulators, and courts recognise the positive role of patent claims in informing the public of the subject matter protected by the patent.

Another critical function of the patent claim is to define the scope of the exclusive right granted. It means the claim defines the invention that the patent is bound to protect. The Patent Claim lets others know the patent’s specific scope of exclusivity.

Consult with the Best Patent Agents in the UAE

Patent claims are considered the most crucial part of a patent application that most inventors fail to understand. However, reading and understanding the Patent Claims become easier with the help of the best patent agents in the UAE such as Jitendra Intellectual Property (JIP). JIP can he;p the inventors navigate the complex task of drafting a patent claim. Our exclusive patent registration services in Dubai are the key to avoiding the rejection of patents as we can help you draft the patent claims accurately.